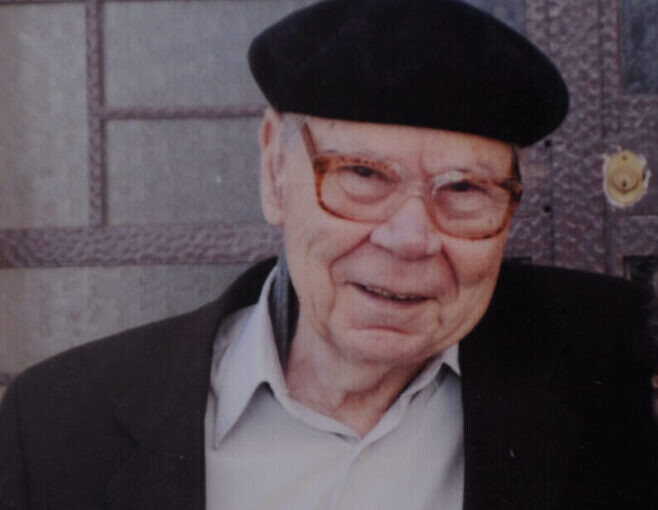 He was a historical and at the same time a silent personality of Cholargos, known for his traditional and famous grocery store that he operated for decades in Palama’s square, in the center of Cholargos, yet unknown for his charity work.

The local society of Cholargos has dedicated this square to him, and though it is officially named “Palama’s square”, locals insist on calling it “Kamaratos’ square”. “This is its real name”, they emphasize, “and since his death it acquires greater meaning and symbolism”.

Gentle physiognomy, a man of sensitivity, who always through his grocery store has strengthen those in need, wanted to contribute more widely to society, so that his work influences more and more generations.

In this context, in 2008 he bought and donated to Medical Intervention a beautiful neoclassical building in the central area in Athens, Agios Panteleimon, with a unique and inviolable condition to support children, regardless of their color, religion, language, social and economic status.

As he wished, this building served as Day Center for children and their families, from 2008 to 2016. It provided creative activities, educational programs, and psychosocial support. A total of 350 families benefited and were supported during this time.

Then, adjusting in emerging needs, the Day Center passed the baton to the Shelter for refugees and immigrants unaccompanied minors, which operates until now. After the necessary renovation, the building was ready to host 16 children, aged 12-18, that live in Greece without any family member. The building operates as a transitional, yet warm environment, that resembles as far as possible to “home”, just as Mr. Kamaratos would like.

Also, shortly before his death, he envisioned the reconstruction of a building of the area of Cholargos that would support the work of “Floga”, association of parents of children with neoplastic diseases. Kamaratos family continues and completed this great project.

All of us who had the joy and honor to meet this man, and his wife, Ioanna, to share common values and goals, are very grateful that our paths met, and we managed to act in favor of children’s needs and rights.

Any cookies that may not be particularly necessary for the website to function and is used specifically to collect user personal data via analytics, ads, other embedded contents are termed as non-necessary cookies. It is mandatory to procure user consent prior to running these cookies on your website.

Undefined cookies are those that are being analyzed and have not been classified into a category as yet.

Advertisement cookies are used to provide visitors with relevant ads and marketing campaigns. These cookies track visitors across websites and collect information to provide customized ads.

Analytical cookies are used to understand how visitors interact with the website. These cookies help provide information on metrics the number of visitors, bounce rate, traffic source, etc.

Performance cookies are used to understand and analyze the key performance indexes of the website which helps in delivering a better user experience for the visitors.